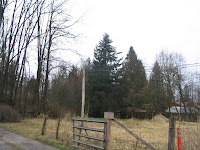 A respected Langley businessman suggested the following: bring a hammer and two live birds,a chickadee and a killdeer for nesting diversity and present them to council. Ask which councilor would choose to kill them first.

A rush to the hammer would be ludicrous, but little haste was present in the approval of an application by agent BFW to rezone almost 65 acres east of 208th and south of 80th. In the approved rezoning process, carte blanche was granted to clear the land, including the removal of all 660 significant trees, regardless of nesting or non-nesting season.

The issue of nesting season was poorly addressed by a BFW-hired arboreal consultant who stated his case that drought has weakened cedars, thus sabotaging the ability to salvage them. His declaration of tree death due to lower rainfall and warmer temperatures sentence every Western Red Cedar in the lower Mainland. I mean, this is an expert opinion, isn't it?

In response to nesting season, the consultant (remember he is paid by the agent for the development) said that we can't put everything on hold (just because of nesting season). With 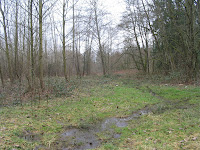 regard to other wildlife, which have settled in these re-naturalized 65 acres, I cannot help but think of the 119- and 143-paged township commissions studies on the Willoughby Habitat Status Report, painstakingly compiled by PhD candidate Elaine Anderson. Township paying for such intricate and valuable reports is a paradox in light of township council's decision to wipe out every living entity for the sake of development and poor land use. The reports recommend wildlife corridors, none of which are included in this proposal. A meager referral to wildlife corridors south of the development works well if we can effectively communicate to shrews, raccoons, killdeer, chickadees, nuthatches, robins, among others, to head south. If the bulldozers come in the midst of breeding season, we can always distribute hammers to council to make the immobile young perish quickly.

A dichotomy exists in this discussion as I peruse Al Irwin's report in the Langley Times and consult the Code of Ethics as prescribed by the Urban Development Institute. The Institute holds respect for the land, stating, "Each parcel of land is a precious, distinct and irreplaceable. We will treat the land with the respect ..." They commit themselves to being a"responsible corporation," recognizing "wise, efficient and productive urban land use." The rhetoric, although honorable in areas, also appoints itself as a trusted entity that will "use our professional knowledge and expertise to further the enhancement of the land." When present at the public hearing, I saw no compromise, biased expertise that discounts habitat salvaging, elimination of carbon sequestration sources, and the construction of grid-pattern sterile housing whose individual behemoth sizes violates reasonable land use principals touted by SmartGrowth and any organization using the word sustainable (a word I've come to loathe). These mazes of wide streets, sidewalks, and treeless nightmares currently spreads from 120th Street to Abbotsford, with an occasional graceful intermission of agricultural land (which, of course, can be cleared and filled with clay soil dumping at any time).

The issue reeks mightily like dead birds and financial greed, and it appears that the majority of our council and mayor cannot see outside the monetary box. Nesting birds should not be dead but should be protected in accordance with both provincial and federal law. The international migratory bird act states (rather ambiguously) that "due diligence" be shown to protect active nests.

An arboreal consultant who states at a public hearing that we can't stop everything due to nature's seasonal cycles brings to mind a situation in Wyoming during an ARCO shale oil project overseen by Fluor Mining & Metals. Because migratory cranes used this area as mating grounds, the oil giant had to issue a stop-work order to respect the necessity of species propagation.

So how do a three-man consulting firm and a local developer/agent of small proportion in global context evade any consequences?

It is my belief that council fails in its decision making and relies strictly on staff input, doing no homework of their own. Generally speaking, we have a well-educated council and mayor, but whose positions and status have dwindled due to the temptation of big bucks and keeping the development community happy.

So who is unhappy? It's not just me. It's an issue with almost every private conversation I have with residents not just in Langley but in Surrey and Abbotsford as well.

Several weeks after the public hearing, I participated in a guided tour of the remnants of Stokes Pit and Latimer Lake, a re-naturalized lake once stocked with trout and home to red-legged frogs and fish-hunting herons. Now, long vertical strips of bulldozed hills, dead trees brittle with lack of water because the City of Surrey lowered the water table by one meter, and stagnant channels without any shade bear water that seeps into the Little Campbell River, the temperature too warm to enhance movement of salmon.

Now we can add dead salmon to the list. Hammer anyone?

Cathleen Vecchiato has been an outspoken environmentalist for many years. She is a very well recognized champion of the environment and a community activist in Langley as well as in other adjoining communities. Cathleen formed and leads the Langley Conservation Network. Editor-LFP...


Posted by Cathleen Vecchiato at 12:15 pm